Days are special when they start with a dessert. 16 March 2016 was one such day.

We were invited to an Event organized by The High Commission of Canada at AAHAR 2016.
AAHAR is the biggest Trade event in India for everyone associated with Food Business.

At the event “The High Commission of Canada” had put together a Masterclass with Chef Saby (SabyaSachi Gorai) and he demonstrated how Indian food can be made using Canadian products.

In the work shop we attended, we go to know about maple Syrup, its qualities and how it adds the right flavor to our food.

We tried a dessert with Rice mixed with Condensed Milk (Almost Kheer) topped by Cranberries and then Maple syrup was added. We were amazed to see the magic created by Maple Syrup to the dessert.

The same Maple Syrup was added to mixture of rice puffs and Chocolate and it was a Unique Dessert and was very flavoursome.

The entire session was interactive as more bloggers were at the event. Gunjan Sawhney from Gluttony Goddess and Tanmeet Singh Arora representing Salt & Sandals. Also present were the hosts Marie- Josee Charbonneau  and Smriti Saxena from The High Commission of Canada.

We were told that more such sessions are scheduled later in the day and then next day too where more delicacies would be featured using Canadian high-quality agriculture products. Some of them being Canola oil, seafood, snack items, health and energy food/drinks, cereals, flax products, sugar-free items, gluten-free products, bakery goods, processed foods, confectionery, juices, and fresh and dried fruits, including apple products amongst others. 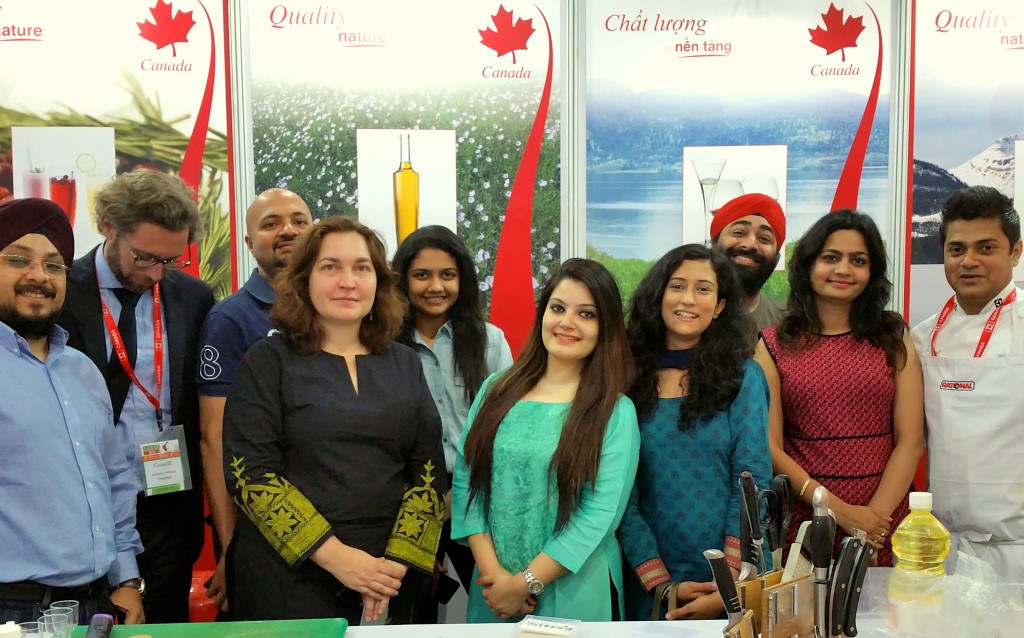